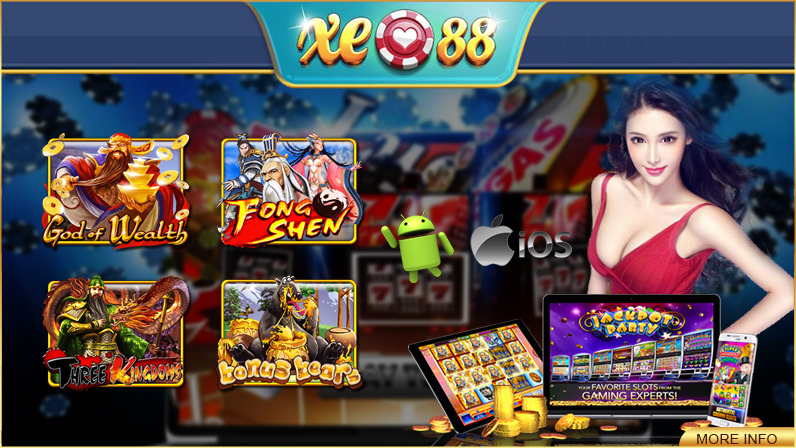 It doesn’t feel like very long ago that I placed my bet on who the next Conservative Party leader would be after it became clear that it was over for Theresa May. Yet, here we are in the midst of political upheaval once again, and the British government has still not delivered Brexit.

The issue has become so contentious that it has forced an early General Election. Parliament has been in an unbreakable deadlock over Brexit for months, causing just about all Parliamentary business to come to a standstill, and with Boris Johnson failing to deliver on his “Brexit – Do or Die!” deadline at the end of October, a GE was perhaps inevitable.

If you’re confused by the state of British politics and are wondering why there’s an election and who the top British bookmakers favour to win, I’m going to talk you through all of it here. By the end, you’ll have as good a grasp as anyone does on what is going on, and some of the British political bets you could potentially make the election kicks off.

What Is Brexit & Why Is There a UK General Election?

I’m going to keep this short and simple. Most Brits can skip it, as you’re probably already sick to death of hearing about Brexit. It seems like this one political issue has taken over all public life here in Britain, and most of us have had enough of it already.

For those who aren’t aware, Brexit is the process of the United Kingdom leaving the European Union. A slim 51.9% majority voted to leave in a referendum in June 2016. However, nobody seems to agree on what Brexit is. The sticking points are:

In short, there’s no clear majority for any type of deal. Parliament is split into several factions which do not necessarily hold party lines. There are hard Brexiters who seem to loathe all things European, die-hard Remainers who will not back any sort of Brexit, and a patchwork quilt of opinions somewhere in the middle.

So, why a General Election now? Theresa May lost her majority in the 2017 General Election, and then her deal failed to pass Parliament three times, triggering a Conservative Party leadership contest in which Boris Johnson emerged as Prime Minister. Yet, Johnson himself failed to deliver Brexit by the end of October, despite stating that he would rather end up “Dead in a ditch” than ask the EU for yet another Brexit extension. He did just that this past week. And so we have arrived at another General Election to try to break the deadlock. 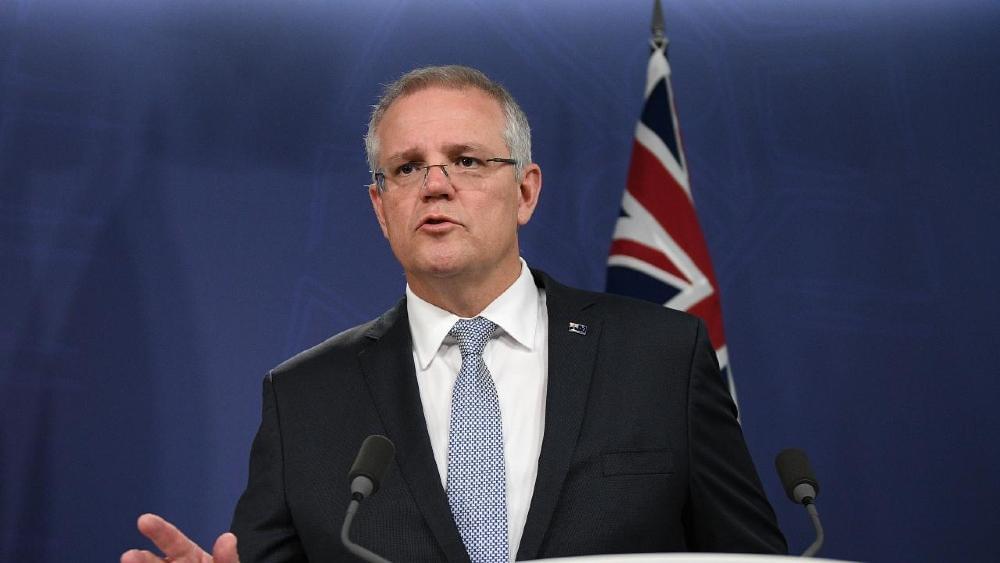 But will anything change? Let’s see what British bookmakers think about all of the possible outcomes in the UK General Election 2019.

Please note that any odds referred to below are valid as of 01/10/2019. Odds may change as time passes and political events unfold. Check out some British betting sites for the latest General Election odds.

In what would be a Groundhog Day type of nightmare for the British people, most British bookmakers believe that no party will secure a majority in the upcoming General Election. In other words, we may end up in roughly the same position as we are today – with a Hung Parliament.

What a shambles that would be! I’m not sure the British trait of a stiff upper lip and almost infinite patience would hold if more of the same was to happen for the next few years, but let’s not make predictions. I actually think that I’m going to place a wager on exactly this outcome.

What about odds on other potential outcomes?

Why are the Conservative Party favourites despite failing to deliver Brexit since the referendum took place over three years ago?

That’s a complicated question. It’s not even certain that the British public still wants Brexit. Lots of polls show that the public has changed its mind and now favours remaining in the European Union.

The Conservative Party is best placed to win a majority because of the weakness of the other parties. Labour leader Jeremy Corbyn has taken a back seat during Brexit and has rankled many Labour leave voters, many of whom may vote for the single-issue Brexit Party to punish Labour.

The Liberal Democrats are pro-remain and have vowed to revoke Article 50 if they win a majority without a second referendum. However, the bookies believe that they have little chance of ousting the two biggest parties in most areas. It would be a true shocker if they did.

In short, the Conservatives are favourites because Labour is so weak. Whereas Corbyn enjoyed a groundswell of support during the 2017 GE thanks to his progressive policies and appeal with the youth, that may not hold during a GE which is dominated by one issue – Brexit.

What About the Long Shot?

It is possible that the bookies have this wrong. These are extraordinary times in British politics. Don’t be afraid to place a small long shot bet on an unlikely outcome. You just never know what might happen when the public is fed up and desperate for change. I intend to place a small bet of £10 on a Labour majority just in case.

How could Corbyn’s Labour possibly emerge with a majority? In a nutshell – the youth. His appeal in the last election was mostly with younger voters. They are more concerned with climate change, student debt, the survival of the NHS, and other issues which Labour addresses. Corbyn has promised a second referendum on Brexit if he is elected, which just might swing it for lots of pro-remain younger voters. With millions more young people turning 18 since the last GE, there’s a small chance that Labour will experience an unexpected victory. I
would like to emphasize the phrase small chance, but never count them out. Small chances are what long shot bets are all about, after all!

Betting on the outright winner of the election is not your only option. You can also place a wager on what the election turnout will be. This is one of the most heated issues in recent British political history, so the turnout is expected to be fairly high.

Right now, the only UK bookmakers offering odds on election turnout is Betfred. Here are
the odds:

In 2017, the turnout was 69% across the UK. It looks like at least one bookie thinks it will be about the same. Does that make it more likely that we’ll end up with another hung parliament, or have people’s voting preferences changed? I suppose we’ll find out soon enough!

Who Will the Prime Minister Be After the Election?

Politics is a funny old thing, and even if no party manages to secure a majority, someone has to be Prime Minister when it’s all said and done. Some governments do this by forming coalitions with other parties. In fact, this is exactly what Theresa May did in 2017 when she lost her majority – she formed a government with the Democratic Unionist Party (DUP) and carried on.

The only bookmaker currently offering odds on this is Betfred. It’s early days, though, so I’m going to hold off on making a bet on this exact outcome right now to see what other bookies offer later.

Boris Johnson is the runaway favourite for this particular bet. Here are Betfred’s current odds on each party leader:

Even if the Conservatives fail to get a majority, there’s always the possibility that they may form a government with the Brexit Party should they manage to win some seats. This outcome would be interesting, to say the least. Brexit Party leader Nigel Farage has made it clear that he’s open to a pact provided Johnson scraps his current deal and commits to a No Deal Brexit.

Let’s take a look at some of the odds on specific Brexit-related bets.

As I said earlier, there is very little agreement on what Brexit should look like when it’s all said and done. There are still multiple possible scenarios that could play out. Here are the odds on some of them.

Article 50 to be Revoked Betting Odds

Revoking Article 50 would mean the end of Brexit. It would pull the legal mechanism by which the UK started the process of leaving and would signal its intention to stay in the EU. Only a few bookmakers are offering odds on whether the government will revoke Article 50 or not.

Revoking Article 50 is a fairly unlikely outcome. It would require either the Lib Dems to win or Labour to gain a strong majority followed by a second referendum in which remain wins. Going by the other odds above, the bookmakers do not seem to think either of those outcomes is very likely.

There has been lots of speculation about how Brexit will affect the UK economy and the availability of various items. From people making jokes about Brits living on beans after Brexit to serious warnings by NHS doctors about medicine shortages, it’s not surprising that some bookmakers are offering odds on which items the government will ration first in 2019.

I should note that 2019 is drawing to a close and Brexit is unlikely to happen before the year ends. Therefore, it might be better to revisit these bets at the start of next year. Amidst all this Brexit doom and gloom, it’s good to see that some bookies have kept their sense of humour!

Yes, there are odds on a shortage of Mars bars! That’s probably a good way to end this article. If you’re a British reader, don’t let Brexit get you down. It’ll all be over soon, one way or another, and in the meantime, you might as well find the silver lining by having a punt and trying to make some money amidst all the confusion and chaos.

There are lots of potentially lucrative bets here. I’m definitely with the bookies that no majority is the most likely outcome. What are you going to bet on in the British General Election 2019?

Please note: Politics are notoriously unpredictable and betting on politics always entails risk. The author has reported current odds from popular UK bookmakers which does not guarantee any particular outcome. Good luck!